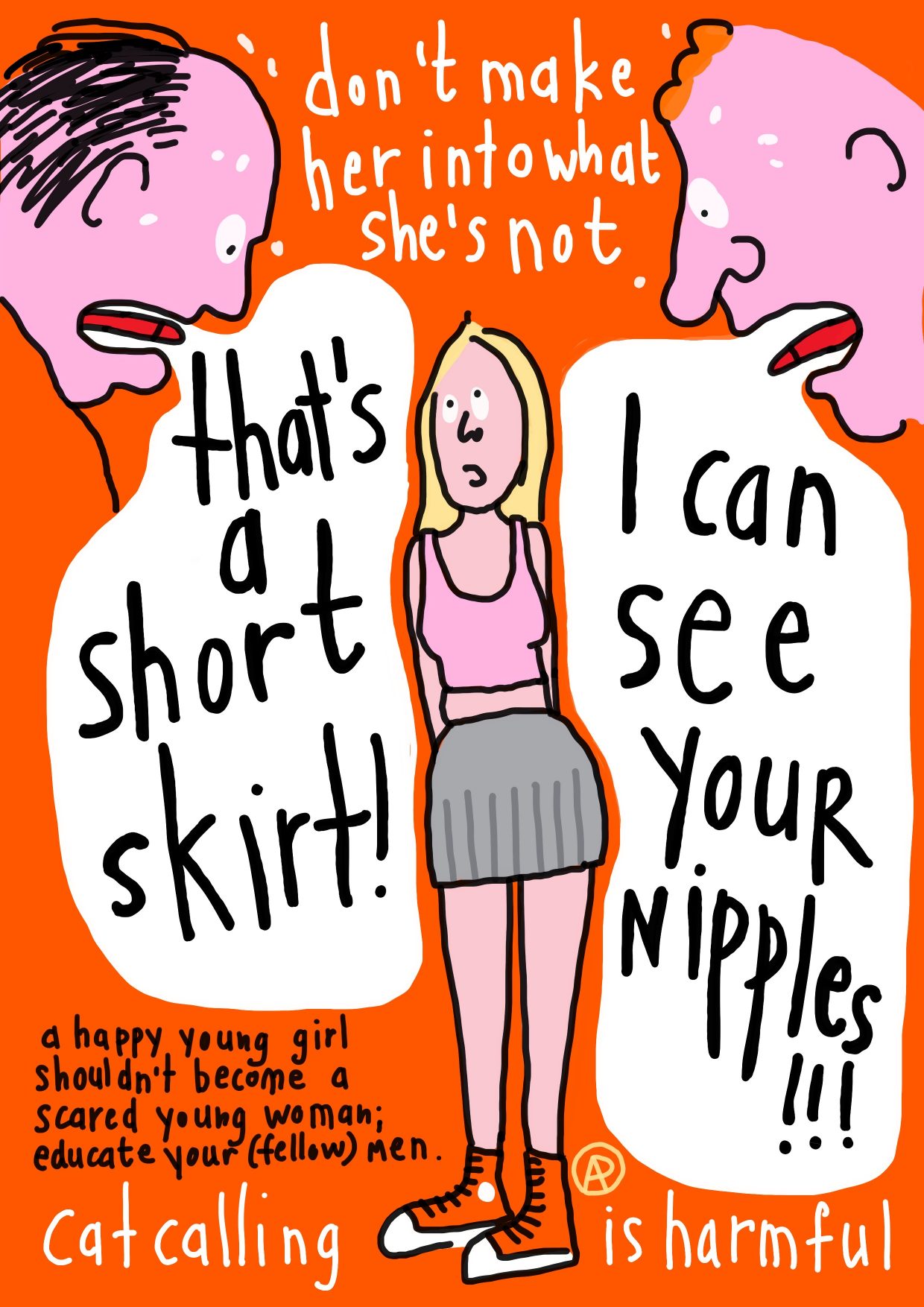 As a woman I am -sad to say- used to catcalling by men. And -when I give them the finger- being called a whore. But now my daughter became the target. And that pisses me off massively. Two incidents:

I can see your nipples!

And just a few days ago when she was cycling home from chilling with her friends, a 30-ish man yelled at her from his car. And even though she was very angry afterwards, at the very moment she was incapable of a respons.

The men that called after her are grownups, not adolescent idiots of her own age. She takes these incidents home with her. It takes up space in her head. It makes her sad and angry. It might even cause her to change her optimistic attitude or the happy way she dresses. (God forbid)

Some men frame this type of behaviour as a compliment. (Be grateful!) Or as a natural cause and effect-thing. (Short skirt bla bla bla). All of this is untrue.

What is is is bullying. It’s is about making young girls scared and limiting their freedom. It is intolerable. Of course most men aren’t abusers. But jokes like ‘Why not put that little skirt on for tomorrows client-meeting?’ are too easy, and being touched on the butt while exiting the train is disgusting. Being regarded as (only) a body dehumanises girls. It’s frightning.

Putting girls in self-defence classes is not the solution, as the girls are not the problem. The solution is with the men. Educate yourself. Speak up against your (fellow) men: colleagues, fathers, brothers, friends. Make them understand that girls don’t create abusers, but that abusers get too much space. Limit that space.

Please share these thoughts, and share the illustration if you want. Because I really could do with a happily-living-together-society right now.